On April 6, at the Wynn Hotel in Las Vegas, Jim M. Perdue Sr. was inducted into the Trial Lawyers Hall of Fame, an organization honoring legendary trial lawyers. Each year, remarkable trial lawyers, both past and present, are recognized and honored who have left an indelible mark on the American legal tradition through a lifetime of service to the American public, the Constitution, and the American trial bar.

The Trial Lawyer Hall of Fame opened on September 10, 2014, at Temple University in Philadelphia, Pennsylvania as a permanent home where students and the general public can visit to learn the stories of this esteemed group of individuals who have fought on behalf of citizens in the name of justice. 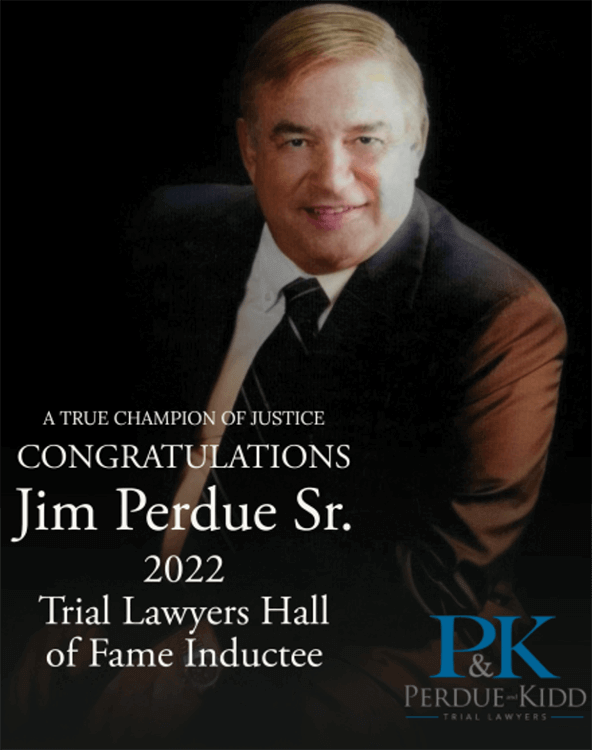 See: http://www.triallawyerhalloffame.org/ At present there are 77 inductees. The roster includes such legendary lawyers as John Adams, Clarence Darrow, Melvin Belli and Thurgood Marshall. See: http://www.triallawyerhalloffame.org/inductees/ Perdue’s induction this year, along with Richard “Racehorse” Haynes (UH ’56) in 2010, makes the UH Law Center one of the rare institutions with two graduates as Members of the Hall.

In 1968, with the assistance of NASA engineers, Perdue used a scale model of a gantry crane that had tilted over to illustrate how a safety device would have prevented the incident that left the plaintiff catastrophically brain damaged. It was among the largest personal injury recoveries in Texas that year. In the 1970’s Perdue was the first Texas lawyer to use an economist in connection with calculating future losses of income, fringe benefits and medical expenses. In the 1980’s the Wall Street Journal featured him in an article about the use of focus groups as part of his pre-trial preparation of cases. In 1989, Forbes Magazine named him “King of the Malpractice Lawyers.” 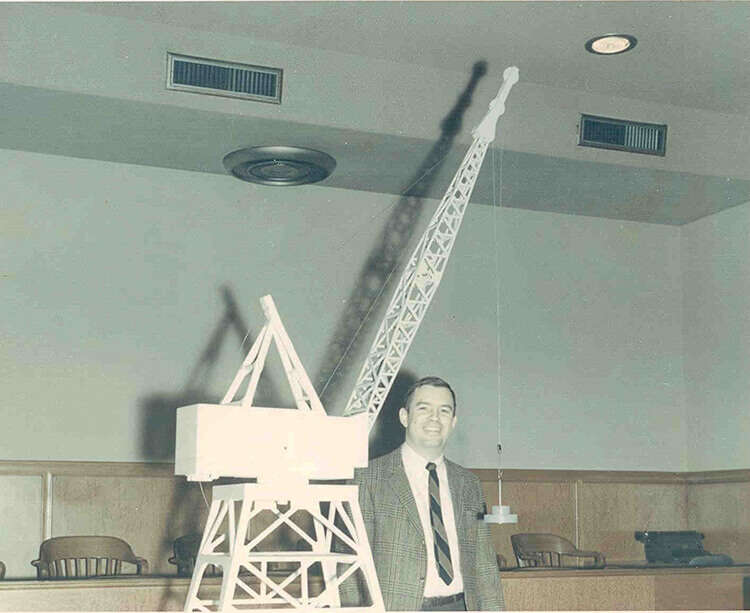 Known as one of the nation’s most prolific trial lawyers, he has authored four legal treatises (for which Perdue donated all royalties to the UH Law Review), four books on trial advocacy and jury psychology including the acclaimed “Who Will Speak for the Victim”, and “I Remember Atticus” a book of historical stories of legendary jurors, judges and trial lawyers.

In 2008, Perdue created a unique class at the UH Law Center dedicated to teaching the principles of storytelling as a vehicle for persuasion in trial advocacy. Through personal mentoring of students’ vocal and non-verbal techniques, Perdue for over a decade equipped Law Center students with skills for their future as qualified trial lawyers. In addition, students were taught principles of psychology and jury persuasion. This became one of the Law Center’s most sought after classes. Perdue taught until 2021.

Perdue presently serves of counsel to the law firm of Perdue and Kidd in Houston. Jim M. Perdue Jr, also a graduate of the University of Houston Law Center in 1993, accepted the award in Las Vegas on behalf of his father. A portrait and plaque commemorating Perdue’s career as trial lawyer will be hung in the Hall of Fame this Fall. 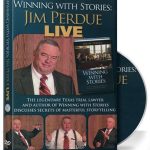 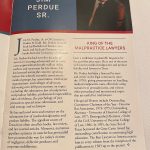 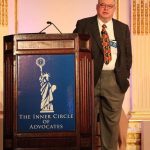